Back to all submissions

CoRPS is a collaborative team-based massively-multiplayer Rock, Paper, Scissors game played via email thanks to SendGrid's infrastructure. Our dashboard keeps track of players as they vote by sending emails to us with their selection in the subject line. Players may change their votes as often as they like before the timer ends. The majority vote on the team is the weapon that is used when the time runs out. In addition, players may post short comments in the body of their emails. 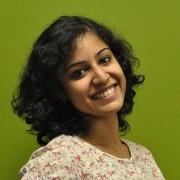 Comments for this submission are closed. View the software in AndreLe's portfolio to continue the conversation.